Wave of new diseases being brought to America by insects

The goal of this blog now is to build you to withstand the coming pestilences that are now rampant in America and the world. God gave the knowledge to prepare for pestilences, so take advantage of this information.

Wave of new diseases being brought to America by insects

“Siegal noted that, as Americans travel to other countries, they are bitten and infected by insects endemic to those regions. Then travelers return to the country and the infection can be spread to local insects. One of the diseases which the medical expert said he is most concerned about is Chagas disease. “[Chagas disease] is a big problem in South America and Latin America,” he said, adding that the disease is spread by “the kissing bug,” he said. “The kissing bug literally comes to your face at night and kisses you, and bites you, and it puts” a disease-carrying parasite into the blood stream of the victim.”

26 children have died from flu as outbreak widens

“Depression is a common mental health problem for college students. College students often feel overwhelmed and lonely, because they might be living alone for the first time and they must adapt to a new schedule. According to a nationwide survey of college students from two and four year institutions, 30% of the students reported feeling “so depressed that it was difficult to function.” The high prevalence of both depression and vitamin D deficiency, coupled with the benefits to mood from sun exposure, have led researchers to hypothesize that vitamin D is involved in the development of depression.”

“Bladder cancer is a relatively rare cancer in which most cases occur in the cells that form the inner lining of the bladder. In the United States in 2014, there was an estimated 74,700 new diagnoses and 15,600 deaths from bladder cancer. In a new study, researchers from China reviewed past research on vitamin D and bladder cancer to obtain a wider understanding of the role that vitamin D might play in this form of cancer. From all the studies reviewed, the researchers analyzed data from 89,610 participants and 2,238 cases of bladder cancer. They found that high vitamin D levels were significantly related to a 25% decreased risk of bladder cancer. This statistic did not change when removing any single study from the analysis.”

“A recent case-control study found that people with a vitamin D status below 15 ng/ml are at a five times increased risk of developing a clostridium difficile infection. There are more than 1,000 types of microorganisms found in the human digestive tract, many of which are harmless or helpful. However, when the balance of microorganisms is disrupted, harmful bacteria can grow and make you sick. This is the case with clostridium difficile infection (CDI). CDI is thought to occur when the normal bacteria in the stomach is compromised, usually due to antibiotic treatment. In CDI, the infection replaces the normal gut flora and overruns the “good bacteria” in your intestines. Mild cases result in abdominal cramps and diarrhea for several days. Severe cases may be life threatening. It is estimated that CDI kills about 14,000 people each year in the United States.” 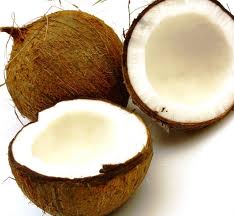 The Tree of Life, health wise

“Coconut oil does offer hope as nature’s most abundant source of MCTs, and it is an easily convertible fuel source for ketones. In addition, it is one of nature’s richest sources of saturated fat which is needed to produce HDL cholesterol to feed the brain. People suffering from Alzheimer’s should immediately start avoiding polyunsaturated forms of oil such as soy and corn oils, especially if they are hydrogenated and in the form of trans fatty acids. These are prone to oxidation and potentially mitochondrial dysfunction. Other healthy fats would include butter from the milk of cows that are pastured and mostly grass-fed, and Omega 3 fatty acids from high quality fish oil, cod liver oil, or krill oil. Refined carbohydrates in the form of refined wheat products and refined sugars should be strictly avoided! High protein foods such as eggs from pastured chickens (preferably fed a soy-free chicken feed), pastured poultry, and grass-fed meats are all desirable sources of fats and proteins for brain health.”

“The community of microbes that inhabits the body, known as the microbiome, has a powerful influence on the brain and may offer a pathway to new therapies for psychiatric and neurological disorders, according to researchers.”

“This master cleansing tonic is actually an antibiotic that kills gram-positive and gram-negative bacteria. It has also a powerful antiviral and antifungal formula, increases blood circulation and lymph flow in all parts of the body. This plant-based remedy is the best choice for the fight against candida.”

Eat more cultured and fermented foods if you want to be smart, slim and healthy 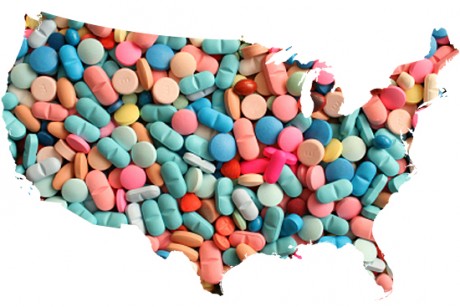 Chemo-induced brain fog could be linked to autism

” … have discovered that the confusion and memory loss often associated with chemotherapy treatment is most likely linked to a chemo drug called topotecan, which affects the brain’s ability to function properly. They also believe that long-term neurodevelopmental problems, such as those affecting people with autism spectrum disorder, might occur in the event that a person encountered the drug during brain development or throughout their life.”

Are statin drugs the cause of widespread decline in brain function?

“Based on the thousands of entries published in the U.S. Food and Drug Administration’s (FDA) Adverse Events Database, statins have been linked to everything from short-term memory loss and disorientation to chronic depression and dementia. This same database reports well over 100,000 adverse events in other areas as well, which based on the 1-10% reporting rate probably translates into millions of people harmed by statins. As we’ve reported in multiple instances, statin use is linked to liver damage, kidney poisoning, muscle pain and degradation, and heart failure, as well as many other health conditions. And the worst part is that statins have never even been shown to work as claimed, which means they’re both ineffective and highly destructive.” 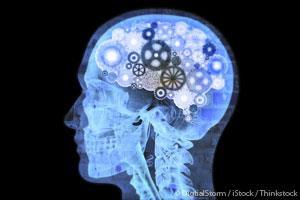 “Because DNA damage occurs as a natural side effect of everyday environmental stresses and even the body’s own metabolic processes, the body is continually repairing minor genetic damage. Many of the effects of aging, including cognitive loss, are believed to occur when the body starts to lose the ability to repair all the damage, and little DNA errors start to build up. Such DNA damage is also believed to contribute to more specific diseases, such as Alzheimer’s.”

“Root vegetables are exactly what the name implies – they are the root of the plant. The most common root vegetables have become family staples: potatoes, sweet potatoes, carrots, onions, garlic, and beets. High in vitamins and minerals that they absorb from the ground, root vegetables are full of nutrients and are an excellent source of fiber. Many are high in vitamin C, B vitamins, and vitamin A. Many are high in antioxidants. Several have remarkable healing properties.”

“An increasing body of evidence suggests that frequent use of spices may help prevent or treat many chronic diseases such as allergies, diabetes, heart disease, cancer, and dementia. Although many spices are associated with health benefits, Dr. Bazilian has singled out the following seven “super spices” as especially useful. Remember that you’re most likely to benefit from ordinary culinary doses, not super-doses which may be harmful.”

“Fortunately, apple cider vinegar makes a fantastic natural alternative to commercial hair care products. Aside from being a potent antibacterial, antifungal and antiviral that can disinfect the scalp of harmful microorganisms, apple cider vinegar can unclog hair follicles, maintain pH balance and even strengthen hair shafts by closing their cuticles. This leaves our hair feeling cleaner, stronger, shinier and healthier.”

Unsafe arsenic levels in rice and poultry – How to avoid it

“High arsenic levels in rice are attributed to the irrigation water and the dirt in which it is grown. Consumer Reports’ 2012 investigation, combined with the FDA study in 2013, and the latest 2014 investigation by Consumer Reports covers the level of arsenic in 697 rice samples and 114 samples of other grains. Consumer Reports states, “White basmati rice from California, India, and Pakistan, and sushi rice from the U.S. on average has half of the inorganic-arsenic amount of most other types of rice.” But other states in the U.S. did not fare as well. “All types of rice (except sushi and quick cooking) with a label indicating that it’s from Arkansas, Louisiana, or Texas or just from the U.S. had the highest levels of inorganic arsenic in our tests,” they report. Arsenic levels are higher in brown rice (80% on average) because the arsenic accumulates in the outer layers (the bran and the germ), which are removed when rice is milled to make white rice.”