Could Chronic Niacin Deficiency Be a Root Cause of Increase in “Deranged” Violent Crimes?

I posted a lot of articles as I have a tremendous backlog. It seems impossible to post them fast enough. There is a great variety of information and please pass it on to those who you think might be helped.

The following article is very interesting in showing that part of the reason for deranged behavior might be a vitamin deficiency and especially Vitamin B3. The modern food supply is devoid of many minerals and vitamins and is creating havoc with both mental and physical health. 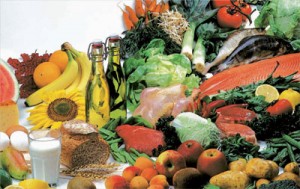 Look to diet as possible source of depression and anxiety

Could Chronic Niacin Deficiency Be a Root Cause of Increase in “Deranged” Violent Crimes? This is one of the reasons that I sense nutrition is so important and report it on this blog. When you understand that there are spiritual attacks on the food supply, you will do your best to protect yourself and your family.

It has been known for a long time the affects of sugar on children with mental problems. The problem could carry on longer in life.

“… Barbara Stitt, an author who once worked as a probation officer… found that changing the diet of ex-offenders eliminated the hostility and other symptoms that would lead them to act out in a criminal fashion. Her book is aptly titled, Food & Behavior: A Natural Connection and her work seems to confirm the findings of Dr. Weston A. Price on nutritional injury and the role it plays in juvenile delinquency and adult crimes.

“A review of Barbara’s book mentions her concern about reactive hypoglycemia, sub-clinical pellagra and vitamin B deficiencies being at the root of violent criminal’s actions. Check out this revealing quote from the review: “The startling part of sub-clinical pellagra, like hypoglycemia, is that the symptoms also mirror those of schizophrenia, a problem so widespread that those who suffer from it occupy one out of every four hospital beds in the United States.”

It is very possible that the source of some depression and anxiety is the diet. The lack of vitamins and minerals, plus the junk diet, just may be the cause of depression. I highly recommend that anyone prone to depression or anxiety begin to look at a possible spiritual cause such as a broken heart or physical with the diet. With a proper diet, and a drawing closer to the Lord, the need for the antidepressants might go away.

Isaiah 26:3  Thou wilt keep him in perfect peace, whose mind is stayed on thee: because he trusteth in thee.

Antidepressant Drug Attacks Your Heart, Brain and Bones The ever increasing reasons to flee from these drugs and stay away from them. These are very dangerous drugs being pushed by the Babylonians. For depression and anxiety, find out from the LORD what is the root and have God heal you.

“The interactions of antidepressants on your brain, liver, digestive system and other systems are still not fully understood, but we do know that the side effects are numerous, and many are quite serious, as the studies above can attest to. Aside from potentially lethal cardiac events, other serious side effects include:

In additional to all the above maladies caused by these drugs, research has also found the following:

Whitaker’s research shows that as many as half of all children placed on an antidepressant for five years will convert to bipolar illness! About 25 percent of adult long-term users convert from unipolar depression to bipolar. This is a very serious concern, not just for each affected individual and their family, but even for society as a whole. As Whitaker explains: “When you convert from depression to bipolar, now you’re in a category where you’re often treated with a cocktail of medications including an antipsychotic medication, and long-term bipolar outcomes are really problematic in this country. Only about 35 percent of bipolar patients are employed. So you see this risk of [permanent] disability.

So, when you go on an antidepressant, you have a risk of having a manic episode and… becoming “a bipolar patient,” and at that moment you’re into a much more long-term problematic disorder that does not have a good outcome today.”

Study: Tragic News Affects Women More Than Men When women undestand this, they can realize the impact on them of tragic news and take steps with the LORD for protection. This is not a reason to run for drugs to get over this situation, but grow closer to the Lord Jesus.

Low Vitamin D Triggers Asthma Anyone under 18 with breathing problems should make sure they are obtaining all the Vitamin D3 they need. A simple thing like Vitamin D supplement could relieve a lot of suffering.

“It has long been suspected that vitamin D, or a lack of it, has a large part to play in the development of MS. “We know that MS is not evenly distributed around the world,” he said. “The further you get away from the equator in a genetically susceptible population, the greater your risk of getting MS.  “That means about 90 per cent of your risk of getting MS can be due to your environment. “Our science all points to this, that vitamin D, derived from solar radiation, may be one of the clues,” Professor Taylor said. MS is an inflammatory disease that affects the brain and spinal chord, but those with MS can have varying symptoms.”

High-carb foods associated with cognitive impairment This goes along with the article that I posted about lack of Vitamin B3 can lead to mental issues. Diet is critical to good thinking.

When total fat and protein intake were taken into account, people with the highest carbohydrate intake were 3.6 times likelier to develop mild cognitive impairment.

“A high carbohydrate intake could be bad for you because carbohydrates impact your glucose and insulin metabolism,” says lead author Rosebud Roberts, M.B., Ch.B., a Mayo Clinic epidemiologist.. “Sugar [glucose] fuels the brain — so moderate intake [of carbs] is good. However, high levels of sugar may actually prevent the brain from using the sugar — similar to what we see with type 2 diabetes.” 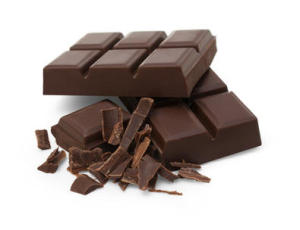 Dark Chocolate is very good for your health

“Daily consumption of dark chocolate can reduce cardiovascular events, such as heart attacks and strokes, in people with metabolic syndrome (a cluster of factors that increases the risk of developing heart disease and diabetes)”

Using Olive Oil in Your Diet May Prevent a Stroke Olive oil is the main part of the Mediterranean diet. Olive is extremely important part of the diet.

Why you should get your selenium and zinc from foods, not synthetic vitamins Obtaining vitamins and minerals from food is very difficult today as the soil is exhausted.

Sprouts? Supplements? Team Them Up to Boost Broccoli’s Cancer-Fighting Power

Cellphones Can Cause Brain Tumors, Court Rules This is the first legal precedent to show to the link between cellphone use and brain cancer. Please use caution with these telephone and especially with children.

“After reviewing medical evidence, Italy’s Supreme Court has ruled that mobile phones can cause brain tumors. It’s a landmark legal decision that experts say could open the floodgates for personal-injury and class-action lawsuits against cellphone companies around the world.”

Sick from Your Stomach: Bacterial Changes May Trigger Diseases Like Rheumatoid Arthritis From researching health related articles, I have come to learn just how important the gut flora is for health. There are probiotics that really help to restore and maintain the flora.

Antibiotic Alert: The Drug the Doctor Ordered Could Cause Deadly Side Effects This article brings to light the serious side effects of certain antibiotics.

“Fluoroquinolones are among the most commonly prescribed class of antibiotics in the United States. Among the most well known is Cipro (made by Bayer), which became a household name during the anthrax scare that occurred shortly after 9/11. Levaquin is a close second. All antibiotics carry a risk of side effects, but the fluoroquinolones are in a class by themselves when it comes to their potential to cause serious, permanent injuries and even death.

If your doctor hands you a prescription for a fluoroquinolone antibiotic (this could be not only Cipro or Levaquin but also Avelox or generics ciprofloxacin, levofloxacin, and moxifloxacin, or others), be very certain that your condition warrants the risks that come along with taking these drugs. The fluoroquinolones have the unique ability to penetrate your blood-brain barrier, entering your brain and damaging your central nervous system. Many of these drugs have already been removed from the market due to their toxicity, and those that remain are riddled with black box warnings required by the U.S. Food and Drug Administration (FDA).”

“A new study in the journal Atherosclerosis shows that statin use is associated with a 52 percent increased prevalence and extent of calcified coronary plaque compared to non-users. None of the participants in the study – 6,673 in all – had any known coronary artery disease at the time of undergoing coronary CT angiography (CCTA) – a non-invasive method that allows you to see coronary atherosclerotic features, including plaque composition.”

Arterial plaque is a hallmark of cardiovascular disease and increases your risk of all-cause mortality, so clearly, anything that increases calcification and stiffening of your arteries is wisely avoided. And statins seem to fall into this category.”

“Artificially sweetened sodas aren’t any better for your health, and may be worse, says neurosurgeon and Newsmax Health contributor Dr. Russell Blaylock. “The major artificial sweeteners are associated with deadly, crippling diseases, including brain tumors, seizures, migraine headaches, and miscarriages,”

5 things body waste tells you about your health

Revelation 21:3 And I heard a great voice out of heaven saying, Behold, the tabernacle of God is with men, and he will dwell with them, and they shall be his people, and God himself shall be with them, and be their God. (4) And God shall wipe away all tears from their eyes; and there shall be no more death, neither sorrow, nor crying, neither shall there be any more pain: for the former things are passed away.