Please go to God’s Health System and subscribe to receive the updates.

“Always remember that you are in charge of your health and not the doctors. Do not put your life in their (the Babylonians) hands without first seeking God and His health system.” 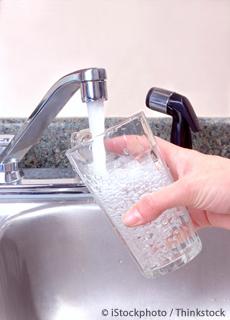 Disturbing levels of HEART DRUGS found in drinking water Study after study are showing this “witches brew” of chemicals in the water systems all over the nation. The scientists are trying to play this down, but the long term effect of these drugs are not known. People have never been exposed to drugs like this before. It is best to have a good water filter system to keep these terrible chemicals out of your body.

“Traces of prescription drugs have been found in far greater quantities in US drinking water supplies than previously thought, a study has claimed.

A report on drinking water carried out by the Environmental Protection Agency has found samples of at least 25 different drugs, including medication to treat heart conditions, in supplies coming out of wastewater treatment plants. Medication to treat high blood pressure was not only the most commonly traced drug, but also found in the highest quantities.Health officials say that the traces of the drugs, which include over-the-counter medications such as ibuprofen and prescription drugs such as hydrocodone, pose a low risk to humans.”

Heart of the Matter Part 2 – Cholesterol Drug War (Video) The mainline doctors will never give up on this myth. Their thinking is like that of a cultist which I really do think they are. They refuse to think outside their box and of course there are $billions involved. The modern medical system is a money milking machine and keeps them rich. It is evil to keep this system going with keeping people sick and sucking all the money out of them.

“In our second episode of Heart of the Matter, Dr Maryanne Demasi puts the billion dollar drug industry under the microscope, and asks who really benefits from taking cholesterol lowering medication?”

Acid Reflux Drugs Linked to Vitamin Deficiency  This has been know for years and only now being made public. 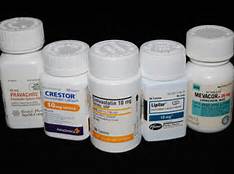 The drugs of the Babylonians

What Ritalin is doing to our children’s heads It is really criminal what they are doing to our young. Notice how they zero in on young boys. I think it is part of the plan to take the manliness out of them.

“Children with ADHD can be a nightmare to live with. They misbehave, refuse to concentrate on schoolwork and are incredibly challenging. These aren’t mischievous scalliwags, like Just William. Prescriptions for methylphenidate rose to 661,500 last year – from 382,000 in 2005. The question naturally arises: do all these children have something wrong with them or are they simply being fitted with a chemical straitjacket to make them easier for their parents to manage without resorting to good old-fashioned discipline?”

Feeling Defeated, Entrapped Is Linked to Anxiety, Depression The remedy for this is the true ministry of Jesus Christ and not the Babylonian’s drugs.

“Her analysis of the results showed that people’s levels of feelings of entrapment and defeat at the start of the study predicted changes in anxiety and depression a year later. Targeting these feelings and the causes for them could be crucial in improving mental health in people from poorer areas.”

“It’s well established that humans maintain a symbiotic relationship with the trillions of beneficial microbes that colonize their bodies. These organisms, collectively called the microbiota, help digest food, maintain the immune system, fend off pathogens, and more. There exists a long and growing list of diseases associated with changes in the composition or diversity of these bacterial populations, including cancer, diabetes, obesity, asthma, and even autism.”

The Forgotten Organ – Your Microbiota The gut flora is without a doubt critical to your health.

“The rapidly progressing study of the human microbiota is revealing that humans are not individual self-contained beings, but instead hugely complex super-organisms that blur the distinction between where ‘we’ end and ‘they’ begin. The human microbiota consists of an estimated 100 trillion cells, at least 10 times the number of human cells, and new research is revealing how this symbiotic relationship determines human health and disease.”

Magnesium—The Missing Link to Better Health This does with calcium and Vitamin D3. The three together are a powerhouse for your health.

“Magnesium is perhaps critical for heart health, as excessive amounts of calcium without the counterbalance of magnesium can lead to a heart attack and sudden death. According to Dr. Dean, your heart has the highest amount of magnesium in your body, specifically in your left ventricle. With insufficient amounts of magnesium, your heart simply cannot function properly.”

Irregular Heartbeat Linked to Depression This show that sin wrecks havoc on the body. The ministry of Jesus Christ frees us from depression.

“It’s consistent with a large and growing literature on the role that depression plays with heart disease,” Richard Sloan, who was not involved with the new study, said. “There are a great set of studies, many of which show a much stronger effect,” he said. Atrial fibrillation (AF) is a type of rhythm disorder affecting the heart’s upper chambers. It can be caused by a number of issues – including heart attacks, infections and heart valve problems. Obesity is a risk factor for AF, as are high blood pressure, high cholesterol and diabetes.”

Are Alzheimer’s and diabetes the same disease? This link was made years ago and only now is the medical system catching on to it.

“HAVING type 2 diabetes may mean you are already on the path to Alzheimer’s. This startling claim comes from a study linking the two diseases more intimately than ever before. There is some good news: the same research also offers a way to reverse memory problems associated with diabetes – albeit in rats – which may hint at a new treatment for Alzheimer’s.”

Exercise ‘significant role’ in reducing risk of dementia, long-term study finds This is a way to stay away from the Babylonian drugs.

“The research by Cardiff University found the five factors that were integral to helping avoid disease were regular exercise, not smoking, low bodyweight, healthy diet and low alcohol intake.People in the study who followed four of these had a 60% decline in dementia and cognitive decline rates, with exercise named as the strongest mitigating factor.They also had 70% fewer instances of diabetes, heart disease and stroke, compared with people who followed none of the factors.”

How ‘Good Cholesterol’ Stops Inflammation This is one of the functions of it the body. The low density is rancid and this causes problems.

Landmark Report Links Common Household Chemicals to Human Disease Please make sure that you read this and get rid of the cleaners. Hydrogen peroxide is really the only cleaner that you need.

“The diverse systems affected by endocrine-disrupting chemicals likely include all hormonal systems and range from those controlling development and function of reproductive organs to the tissues and organs regulating metabolism and satiety. Effects on these systems can lead to obesity, infertility or reduced fertility, learning and memory difficulties, adult-onset diabetes or cardiovascular disease, as well as a variety of other diseases.”

Your physical health is very important, but of even greater importance is your spiritual health. Man suffers from a fatal spiritual disease called sin, which always leads to death.

This is why Jesus Christ said we need the Spirit of God who gives us eternal life with Him. We need to be “born again” with a new spirit that is not subject to sin and death.

John 3:3  Jesus answered and said unto him, Verily, verily, I say unto thee, Except a man be born again, he cannot see the kingdom of God.