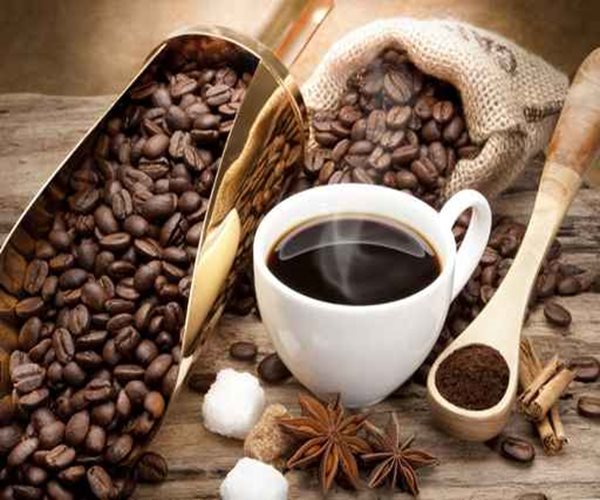 “Coffee’s reputation as a food to avoid has been replaced with hundreds of studies that show coffee may be one of the healthiest drinks in the world. A Harvard study released this month found that coffee drinkers who drink three to five cups a day are less likely to die from any cause than nondrinkers. The study, published in Circulation, found that coffee drinkers of both regular and decaf had lower rates of dying from heart disease, stroke, neurological diseases, and suicide. Overall, the risk of dying was reduced by 15 percent.”

“The report came just as the World Health Organization (WHO) launched a campaign titled “Antibiotics: Handle with care,” designed to help stem the practices that lead to antibiotic resistance. The campaign urges patients to take antibiotics only when prescribed, and to follow the prescription instructions exactly. It also urges doctors to be more sparing in their antibiotic use. “Doctors need to treat antibiotics as a precious commodity,” said WHO head, Margaret Chan. If antibiotic use does not become more responsible, Chan warned, antibiotics will eventually become useless, which “will mean the end of modern medicine as we know it,” and “a post-antibiotic era, in which common infections will once again kill.” Effective antibiotics are needed to preserve patients’ lives during routine surgery and chemotherapy, and to keep premature infants alive, among other uses. “The rise of antibiotic resistance is a global health crisis,” Chan said. “More and more governments recognize (it is) one of the greatest threats to health today.”

“A new study led by researchers at the University of Minnesota has found a three-way link among antibiotic use in infants, changes in the gut bacteria, and disease later in life. The imbalances in gut microbes, called dysbiosis, have been tied to infectious diseases, allergies and other autoimmune disorders, and even obesity, later in life.”

“Remember, you’re not bound by the IOM’s mistakes, miscalculations, and flawed recommendations. You can take 8,000 IUs of vitamin D a day, or more, if that’s what you need to reach and maintain a level of at least 40 ng/ml. Vitamin D exerts epigenetic control of thousands of genes, and can vastly decrease your risk for heart disease, cancer, osteoporosis, osteomalacia, and much more. It’s a profoundly important nutrient that has massive health benefits. Just remember that when you take oral vitamin D, you also increase your need for vitamin K2. Vitamin D also need sufficient amounts of magnesium and zinc to work properly, and is best taken with some healthy fat, as it’s a fat-soluble vitamin.”

“This discovery highlights some important characteristics of vitamin C, including its ability to build and repair connective tissue throughout the body and inside the vital organs. Vitamin C is also a powerful antioxidant, protecting cells and biological molecules from oxidative damage, which is a leading cause of cardiovascular disease and other chronic illnesses. Natural vitamin C from food is obviously the best choice, with citrus fruits containing some of the highest levels among common produce. Acerola cherry and camu camu berry are also rich in vitamin C, containing some of the highest levels of vitamin C among all known foods.”

“Adding more olive oil or nuts to a Mediterranean diet — one rich in fruits, vegetables, fish and whole grains and low in red meat — may help keep your mind sharper as you age, a new study suggests. The Spanish researchers found that seniors following such diets had greater improvements in thinking and memory than people who were simply advised to eat a lower-fat diet. “You can delay the onset of age-related mental decline with a healthy diet rich in foods with a high antioxidant power, such as virgin olive oil and nuts,” said lead researcher Dr. Emilio Ros, director of the lipid clinic at the Hospital Clinic in Barcelona.”

Foods to avoid with multiple sclerosis and other autoimmune diseases

“Any “food” that contains the following:  Artificial flavoring, Artificial color, Preservatives, MSG, Trans Fats, Sugar, High fructose corn syrup, Gluten (Which means no wheat including kamut, faro, spelt, durum, bulgur, or semolina and no barley, rye, or triticale. Oats may be a problem, too.), Dairy, Caffeine, GMOs
Any foods you have had an allergic reaction to. In other words, cut out all processed foods. Choose whole foods, organic foods filled with nutrients.”

“Millions of Americans today suffer from thyroid dysfunction, and many of them do not even know it. Startling enough, over 80% of people who suffer from poorly functioning thyroids do not show problems on standard thyroid tests. Knowing some common symptoms of thyroid problems can help you get proper treatment early.”

“A thousand-year-old potion found in an Old English manuscript in the British Library to treat an eye infection has amazed the scientific world. Researcher at the University of Nottingham found it to be very effective against methicillin-resistant Staphylococcus aureus, known as MRSA.Combating MRSA and other antibiotic-resistant bacteria is one of the biggest challenges hospitals face each year. Due to overuse of and overexposure to antibiotics, some bacterial strains have evolved to withstand our drugs. This gives rise to a whole army of superbugs which are very hard to treat and cause the death of at least 23,000 people each year.”

“In a stunning discovery that overturns decades of textbook teaching, researchers at the University of Virginia School of Medicine have determined that the brain is directly connected to the immune system by vessels previously thought not to exist. That such vessels could have escaped detection when the lymphatic system has been so thoroughly mapped throughout the body is surprising on its own, but the true significance of the discovery lies in the effects it could have on the study and treatment of neurological diseases ranging from autism to Alzheimer’s disease to multiple sclerosis.”

Why Filtering Your Water Is a Necessity

“If you care about your health, filtering your household water is more a necessity than an option these days. Water pollution has become a very significant problem that simply cannot be ignored any longer. It doesn’t matter where you live, as many of the most dangerous chemicals find their way into the ecosystem and food chain, spreading from one continent to another, as described in a recent article by Prevent Disease.1 Fish and other wildlife are demonstrating the ramifications of out of control water pollution, and there’s cause to believe chemical pollution may be affecting human health as well, even if the effects are not always as directly traceable.”

“Recent research reveals American girls are hitting puberty earlier than ever before. The median age for breast development is now around 9, with rare cases of extreme precocious puberty occurring in girls as young as 4. Precocious puberty is triggered by premature release of hormones, which results in sexual maturation, sometimes years before the natural norm. Research into the phenomenon reveals that environmental exposure to endocrine-disrupting chemicals plays a major if not decisive role. Interestingly, recent research1 also claims that high sugar consumption — specifically soda — can affect young girls’ rate of maturation. According to associate professor Karin Michels, who studies links between environmental exposures, genetics and disease:

“Our study adds to increasing concern about the widespread consumption of sugar-sweetened drinks among children and adolescents.

The main concern is about childhood obesity, but our study suggests that age of first menstruation (menarche) occurred earlier, independently of body mass index, among girls with the highest consumption of drinks sweetened with added sugar.”

“A new study published in the online journal, Public Library of Science One (PLOS One) found that Vitamin B12 levels in the brain are significantly decreased in the elderly and are much lower in individuals with autism or schizophrenia, as compared to their peers at similar ages. For example, children with autism under the age of 10 were found to have three times lower brain B12 levels, which is similar to levels for generally healthy adults in their 50s, indicating a premature decrease.”