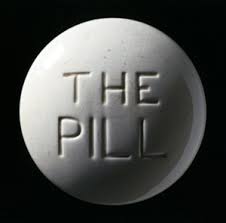 Hormonal contraceptives may alter behavior; widespread use could lead to ‘significant consequences for society’

“Upon reviewing available data regarding the cognitive impact of hormonal contraceptives, the scientists found evidence that the drugs fundamentally alter the way women process and react to information. Citing a handful of studies showing differences in contraceptive users’ verbal communication, memories, emotional recall, and even choice of mates, they concluded that it is possible that the drugs “cause a structural re-organization of the brain.” They also noted that some studies have linked hormonal contraception to chemically based mood disorders like depression, anxiety, fatigue, neurotic symptoms, compulsion and anger.”

“Although past studies confirmed this germ was linked with both of these catastrophes, much controversy existed as to whether it also caused the Justinianic Plague of the sixth to eighth centuries. This pandemic, named after the Byzantine emperor Justinian I, killed more than 100 million people. Some historians have suggested it contributed to the decline of the Roman Empire.”

“In the first study of its kind since the 1920s, rats in New York City were found to carry a flea species capable of transmitting plague pathogens. Among them: 500-plus Oriental rat fleas, notorious for their role in transmitting the bubonic plague, also known as the Black Death.”

“The extract of onion bulb, Allium cepa, strongly lowered high blood glucose (sugar) and total cholesterol levels in diabetic rats when given with the antidiabetic drug metformin, according to a new study.”

“Garlic – Garlic is one of the most powerful anti-microbial foods you can eat. It contains several components that will fight against yeast, fungus, worms and even candida overgrowth.Coconut Oil – Coconut oil contains a medium chain fatty acid called lauric acid that lends coconut its antibacterial properties.”

“Red wine, grapes, peanuts and some berries all contain a naturally occurring compound that’s been scientifically proven to provide a diverse range of health benefits. The buzz around resveratrol is nothing new; however, emerging research reveals that the natural antioxidant may help prevent age-related decline in memory.”

“Adults who closely followed the Mediterranean diet were 47 percent less likely to develop heart disease over a 10-year period compared to similar adults who did not closely follow the diet, according to a new study.”

15 Incredible Facts Hydrogen Peroxide Should Be In Every Home

“It has been more than five months since an Italian court in Milan awarded compensation to the family of a young boy who developed autism from a six-in-one hexavalent vaccine manufactured by corrupt British drug giant GlaxoSmithKline (GSK), and the U.S. media is still nowhere to be found in reporting on this breakthrough ruling. On September 24, 2014, Italy’s version of the National Vaccine Injury Compensation Program agreed that GSK’s “INFANRIX Hexa” vaccine for polio, diphtheria, tetanus, hepatitis B, pertussis and haemophilus influenza type B induced permanent autism and brain damage in the previously healthy child, whose name has been kept private for safety.”

Foods and supplements that heal the thyroid

“Fresh, raw, organic produce heals. Produce heals everything. Other than that, foods high in iodine and foods that are high in selenium are known to aid thyroid function. The thyroid gland requires iodine to function. Iodine taken by itself or ingested through fortified salt can be problematic. Good food sources include: meat, seafood, yogurt, milk, and eggs, but there are vegan sources as well.”

“The most recent research suggests that cholesterol is a marker for cardiovascular disease, but not a cause. So just because statins lower cholesterol, it doesn’t mean they’re good for the heart.Indeed, many studies have actually found a higher risk of heart disease associated with statin use. One of the new studies, conducted by researchers from Kinjo Gakuin University in Nagoya, Japan, claims to have uncovered the mechanism by which statins may actually directly cause hardening of the arteries and heart disease. It’s because statins deplete coenzyme Q10, which the mitochondria in your body need in order to produce ATP, which your body uses for energy. A lack of ATP leads to cellular fatigue and degeneration. Because the heart is such a high-energy muscle (as it must pump at all times), the effects are felt there more strongly than in other muscles.”

“Cholesterol-lowering statin drugs may significantly increase a person’s risk of developing type 2 diabetes, a new study from Finland suggests. Researchers found that statins were associated with an almost 50 percent higher risk of developing type 2 diabetes, even after adjusting for other factors.Statins appear to increase the risk of type 2 diabetes in several ways, the researchers said. One is that the drugs can increase a person’s insulin resistance, and the other is that the cholesterol-lowering drugs seem to impair the ability of the pancreas to secrete insulin, according to the report.”