Heart Specialist Calls for Major Repositioning on Saturated Fat, as it’s NOT the Cause of Heart Disease

“Always remember that you are in charge of your health and not the doctors. Do not put your life in their hands without first seeking God and His health system.” 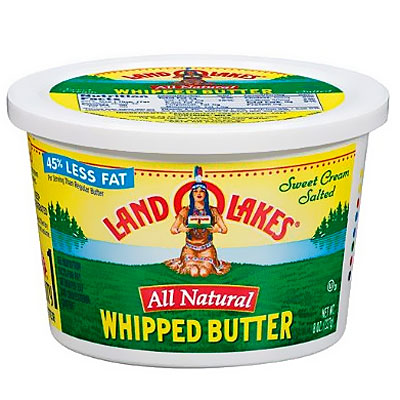 Butter is not deadly and the enemy of your health

Heart Specialist Calls for Major Repositioning on Saturated Fat, as it’s NOT the Cause of Heart Disease This is a wonderful article and please read it. Finally the truth is coming out even in the Babylonian system, the system that rejects natural ways of healing and health which God has provided for us.

The truth about saturated fats has been known for decades by the health community but rejected by the Babylonian system. Many people are sick and others die because of the wrong fats or lack of fat in their diet.

I have said many times that butter and eggs are wonderful for your health, and do not harm you in any way. You should flee from the artificial types of butter, including margarine as it is literally deadly.

For 60 years, the Babylonians have done untold damage to people’s health because they live in a delusion and not God’s health system.

This is exciting that this truth has finally broken through to the public.

“The avoidance of saturated fat actually promotes poor health in a number of ways, compounding the health risks of following this completely outdated and dangerous advice. As stated by the author, Aseem Malhotra, an interventional cardiology specialist registrar at Croydon University Hospital in London:

“The mantra that saturated fat must be removed to reduce the risk of cardiovascular disease has dominated dietary advice and guidelines for almost four decades. Yet scientific evidence shows that this advice has, paradoxically, increased our cardiovascular risks….

The aspect of dietary saturated fat that is believed to have the greatest influence on cardiovascular risk is elevated concentrations of low density lipoprotein (LDL) cholesterol.

Yet the reduction in LDL cholesterol from reducing saturated fat intake seems to be specific to large, buoyant (type A) LDL particles, when in factit is the small, dense (type B) particles (responsive to carbohydrate intake) that are implicated in cardiovascular disease.

Indeed, recent prospective cohort studies have not supported any significant association between saturated fat intake and cardiovascular risk Instead, saturated fat has been found to be protective.” [Emphasis mine]

We’ve long acknowledged that the Western diet is associated with increased rates of obesity, diabetes, heart disease, hypertension, and cancer. Yet the conventional paradigm is extremely reluctant to accept that it is the sugar content of this diet that is the primary culprit.

Furthermore, it’s been firmly established that it’s the trans fat found in margarine, vegetable shortening, and partially hydrogenated vegetable oils that is the true villain when it comes to heart disease, as they increase your LDL levels, or “bad” cholesterol, while lowering your levels of HDL, known as “good” cholesterol. Trans fats also contribute to type 2 diabetes and other serious health problems.”

The article went on to identify the real underlining cause of heart disease:

This is dangerous for your health and be avoided

“Furthermore, it’s been firmly established that it’s the trans fat found in margarine, vegetable shortening, and partially hydrogenated vegetable oils that is the true villain when it comes to heart disease, as they increase your LDL levels, or “bad” cholesterol, while lowering your levels of HDL, known as “good” cholesterol. Trans fats also contribute to type 2 diabetes and other serious health problems.”

New research looks at correlation between vitamin D and magnesium This is the next level with Vitamin D3 finding the cofactors that enhances its function in the body.

“Magnesium, along with vitamins A & K, boron, and zinc are cofactors for vitamin D metabolism and action in the body. Vitamin D does not act alone in the body, and understanding its relationship to its cofactors is one key to understanding just how vitamin D functions in the body to prevent disease. That being said, the relationship between vitamin D and its cofactors is still poorly understood and future research, like this present study, should elucidate just how essential they are to each other.”

“We demonstrated that vitamin D insufficiency is frequent in asthmatic adults and that it is predictive of the risk of severe asthma,” the researchers concluded.”

Does a Bad Diet Cause Bad Behavior? This article links nutrition and gut flora.  This is a good article to read in it’s entirety.

“Your gut is quite literally your second brain, with the ability to significantly influence your mind, mood and behavior. Again and again, researchers find that depression and a wide variety of behavioral problems appear to stem from nutritional deficiencies and/or an imbalance of bacteria in your gut.

At this point, there’s simply no denying the powerful influence of the gut on both your physical and mental health. This is great news, since this places you in a distinct position of power over your and your children’s psychological health.”  “At Least One-Quarter of Population Have Too Little Gut Bacteria.“

Diets Low in Polyunsaturated Fatty Acids May Be a Problem for Youngsters There is no doubt, as the lead article shows, that everyone needs the right fats in the diet.

“Dr. Keim hopes her work will contribute to a more detailed understanding of the diets of young children in the U.S. and will motivate health professionals to start considering the specific nutritional needs of children for healthy growth and development. “We’d like to continue our work examining dietary patterns in very young children, since they are often excluded from dietary studies,” she says.

Ideally, Dr. Keim says she would like to see families expose their children to a variety of fresh foods as soon as they are old enough to eat solids. “Dietary habits can form very early, so starting with a balanced diet may have long-lasting effects for children’s health.” According to Dr. Keim, this balanced diet should include fish and other good sources of healthy fatty acids.”

Beware of Prescription Drugs That Cause Depression This is a great article that shows how so many drugs can cause depression. This is why I say to stay with God’s Health System and reject the Babylonians.

High blood pressure, diabetes, smoking and obesity in middle age may shrink  brain, damage thinking All this can lead to cognitive problems up to a decade later.

“An estimated one-third of Americans are obese, according to the U.S. Centers for Disease Control and Prevention. The American Diabetes Association estimates that about 26 million Americans are living with diabetes and another 79 million are thought to be prediabetic, including those with insulin resistance.

The tendency to overeat may be caused by a complex biochemical relationship, as evidenced by preliminary research with rodents. Dr. Wang’s research marks the first clinical study of its kind with human subjects.”

CDC Warning: Diabetes Is the Tsunami of Diseases Please come under God’s Health System and be protected from Diabetes

“Unless Americans quickly make dramatic changes in their lifestyles, half of the  adult population will develop diabetes or prediabetes by 2020, according to a  new prediction from the Centers for Disease Control and Prevention. In addition, diabetes is becoming one of the most common chronic diseases in  children and adolescents.”

H. pylori bacteria linked to blood sugar control in adult type II  diabetes This is a nasty bacteria that can wreck havoc throughout your digestive system. For some reason the doctors often do not look for this as the cause of problems.

“A new study by researchers at NYU Langone Medical Center reveals that the presence of Helicobacter pylori (H. pylori) bacteria is associated with elevated levels of glycosylated hemoglobin (HbA1c), an important biomarker for blood glucose levels and diabetes. The association was even stronger in obese individuals with a higher Body Mass Index (BMI).”

Problems ranging from autoimmune disease to clinical depression and simple obesity may in fact be linked to immune dysfunction that begins with a “failure to communicate” in the human gut, the scientists say. Health care of the future may include personalized diagnosis of an individual’s “microbiome” to determine what prebiotics or probiotics are needed to provide balance.

“The tiny thymus teaches the immune system to ignore the teeming, foreign bacteria in the gut that helps you digest and absorb food, researchers say.  When immune cells recognize essential gut bacteria as foreign, inflammatory bowel disease such as ulcerative colitis and Crohn’s disease can be the painful, debilitating result.

Populating gut bacteria starts early, with mother’s milk or formula, and is determined largely by diet as well as the environment so every individual’s is different although bacteria tend to be compatible among the same species, McIndoe said.”

Revelation 21:4 And God shall wipe away all tears from their eyes; and there shall be no more death, neither sorrow, nor crying, neither shall there be any more pain: for the former things are passed away