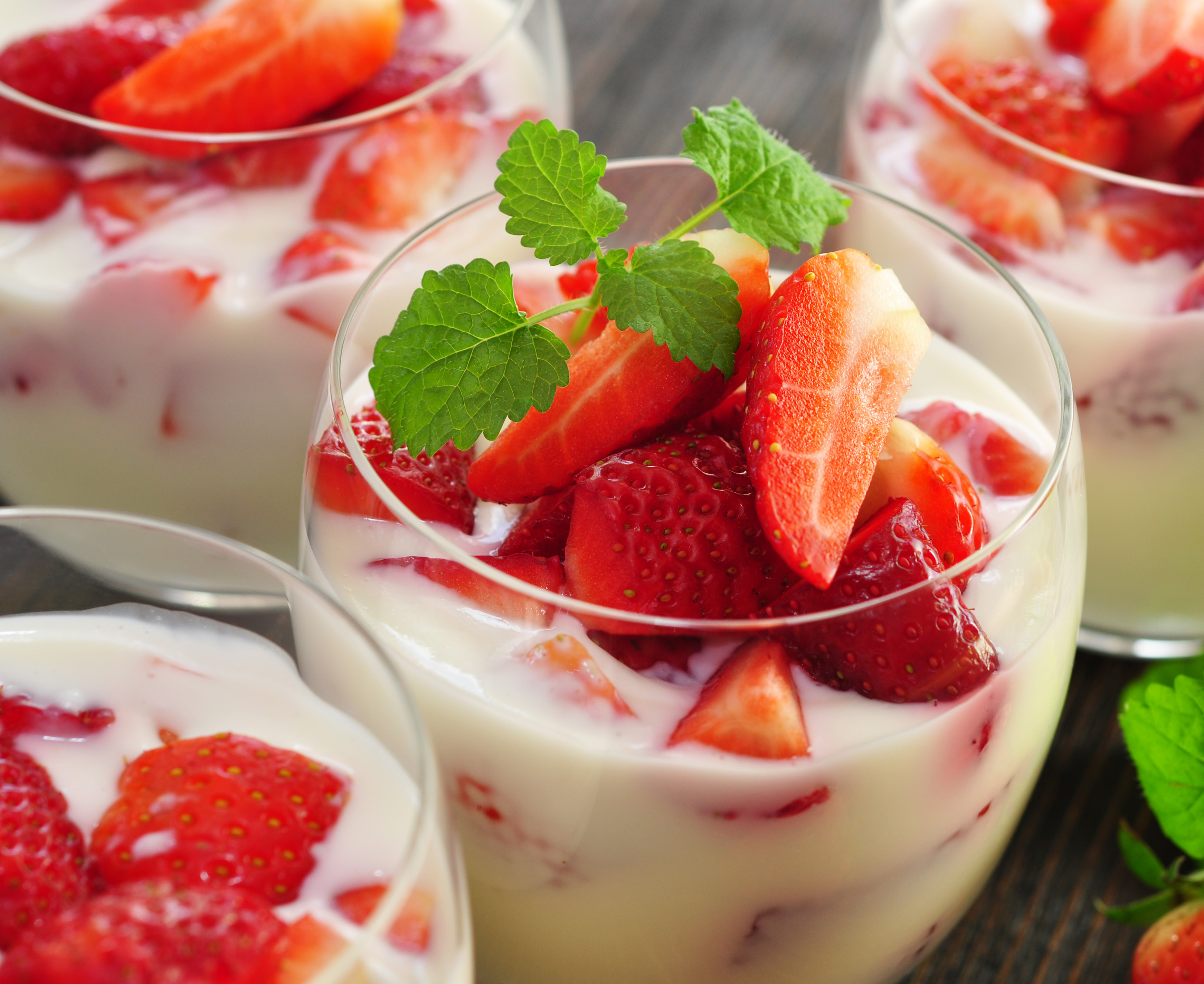 “In an attempt to curb the mass rush for food change and reform, psychiatry has green lighted a public relations push to spread awareness about their new buzzword “orthorexia nervosa,” defined as “a pathological obsession for biologically pure and healthy nutrition.” In other words, experts are saying that our demand for nutrient-dense, healthful food is a mental disorder that must be treated.
CNN, Fast Company, Popular Science, and other top outlets have all began to trumpet the talking points on cue relatively recently:
“Orthorexia nervosa is a label designated to those who are concerned about eating healthy. Characterized by disordered eating fueled by a desire for “clean” or “healthy” foods, those diagnosed with the condition are overly pre-occupied with the nutritional makeup of what they eat”.
In short, if you turn your back on low quality, corporate food containing known cancer causing toxic additives and a rich history of dishonesty rooted in a continuous “profits over people” modus operandi, then you may suffer from a mental illness. The cherry on top is that if you have the pseudo-science labeled disorder of orthorexia nervosa, you will be prescribed known toxic, pharmaceutical drugs from some of the same conglomerate corporations that you are trying to avoid by eating healthy in the first place.
Orthorexia has not yet found its way into the latest edition of the psychiatric bible, the Diagnostic and Statistical Manual of Mental Disorders (DSM), yet is commonly being lumped in with other eating disorders. Stepping back and looking at the ones pushing this label on us shows highly questionable motives.
Psychiatry as a whole is deeply in bed with a pharmaceutical industry that makes the drugs to “treat” every one of these “disorders.” It is often these companies that are wielding influence behind the scenes to invent more mental health categories with their toxic products as the answer. This latest media push to popularize orthorexia as a mental disorder with a goal to marginalize or derail the food revolution appears to have been dead on arrival.”

“Common over-the-counter medications with anticholinergic effects, even ones as common as those designed to treat allergies, may seriously harm brain health. In fact, so severe are their consequences that they’ve been identified as playing a role in the development of dementia, including Alzheimer’s disease. According to researchers from the University of Washington, prolonged use of tricyclic antidepressants (to help with depression), antihistamines (to treat allergies and hay fever), antimuscarinics (to help urinary incontinence) and even some sleep medications was linked to the onset of dementia.”

Science behind commonly used anti-depressants appears to be backwards

“Those serotonin-boosting medications actually make it harder for patients to recover, especially in the short term … “It’s time we rethink what we are doing,” Andrews says. “We are taking people who are suffering from the most common forms of depression, and instead of helping them, it appears we are putting an obstacle in their path to recovery.”  The best available evidence appears to show that there is more serotonin being released and used during depressive episodes, not less, the authors say. The paper suggests that serotonin helps the brain adapt to depression by re-allocating its resources, giving more to conscious thought and less to areas such as growth, development, reproduction, immune function, and the stress response.”

“Schneiderman’s office has sent letters to GNC, Target, Walmart and Walgreen Co. concerning supplements that either couldn’t be verified to contain the labeled substance or that contained ingredients not listed on the label. The products include Echinacea, ginseng, St. John’s wort, garlic, ginkgo biloba and saw palmetto. Overall, just 21 percent of the test results from store brand herbal supplements verified DNA from the plants listed on the labels. The retailer with the poorest showing was Walmart. Only 4 percent of the Walmart products tested showed DNA from the plants listed on the labels.”

“Somehow this, the most basic promise from physician to patient becomes lost and twisted in the fight to cure cancer. Due to what is called medical consensus, doctors are limited in their approach to fighting this deadly disease. The three basic tools at their disposal are surgery, chemotherapy, and radiation. Generally they choose all three.

“…today, there are more people making a living from cancer, than are dying from it.”

“Residents of snowy, northern U.S. cities are at risk of vitamin D deficiency and worse, may not even know it. During Buffalo’s winter months, nearly 50 percent of people have insufficient amounts of vitamin D and 25 percent may be considered deficient.”

One simple vitamin may save you from getting measles, and protect you from serious complications if you do contract them. “Adequate vitamin A levels may prevent one from getting measles,” Dr. Brownstein tells Newsmax Health, “but studies are clear that one of the best treatments for preventing serious complications from measles is vitamin A supplementation.  “Adequate vitamin A levels are necessary for proper immune system functioning,” he says. “When infected with measles, as well as other viral infections, those with marginal vitamin A deficiency can develop more immune system troubles.”

Taking in such spine-tingling wonders as the Grand Canyon, Sistine Chapel ceiling or Schubert’s ‘Ave Maria’ may give a boost to the body’s defense system. Researchers have linked positive emotions — especially the awe we feel when touched by the beauty of nature, art and spirituality — with lower levels of pro-inflammatory cytokines.

Seven natural remedies to ease a sore throat
The U.S. government is poised to withdraw longstanding warnings about cholestero

“The nation’s top nutrition advisory panel has decided to drop its caution about eating cholesterol-laden food, a move that could undo almost 40 years of government warnings about its consumption. The group’s finding that cholesterol in the diet need no longer be considered a “nutrient of concern” stands in contrast to the committee’s findings five years ago, the last time it convened. During those proceedings, as in previous years, the panel deemed the issue of excess cholesterol in the American diet a public health concern. The finding follows an evolution of thinking among many nutritionists who now believe that, for healthy adults, eating foods high in cholesterol may not significantly affect the level of cholesterol in the blood or increase the risk of heart disease. The greater danger in this regard, these experts believe, lies not in products such as eggs, shrimp or lobster, which are high in cholesterol, but in too many servings of foods heavy with saturated fats, such as fatty meats, whole milk, and butter.”

“It was for nobility and it was hard to come by, until about year 1700, when the pot still allowed for mass production of refined sugar. It was still extraordinarily expensive until the middle of 18th -19th century,” Dr. Lustig says.

In fact, the very first demonstration of an increase in chronic metabolic disease was in 1924, when Hayden Emerson, the commissioner of health of New York City, noticed a seven-fold increase in diabetes rate in the [city’s] population.

Then in 1931, Dr. Paul Dudley White (cardiologist at Massachusetts General Hospital) called attention to the fact that we had an epidemic of heart disease.

Finally, in 1988, we learned about the advent of adolescent type 2 diabetes. These are the three seminal hallmarks of chronic metabolic disease pervading our population. It goes up in lockstep with our increase in per capita sugar consumption.” 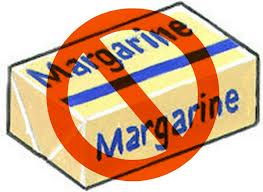 This is dangerous for your health and avoided

Butter ISN’T bad for you after all: Major study says 80s advice on dairy fats was flawed

“Guidelines that told millions of people to avoid butter and full-fat milk should never have been introduced, say experts. The startling assertion challenges advice that has been followed by the medical profession for 30 years. The experts say the advice from 1983, aimed at reducing deaths from heart disease, lacked any solid trial evidence to back it up.” UK and US governments ‘practically destroyed’ dairy industry with advice. Advice to eat more carbs ‘to blame for obesity and diabetes epidemic’