‘We’ve reached the end of antibiotics’: protect yourself

“Always remember that you are in-charge of your health and not the doctors. Do not put your life in their hands without first seeking God and His health system.” 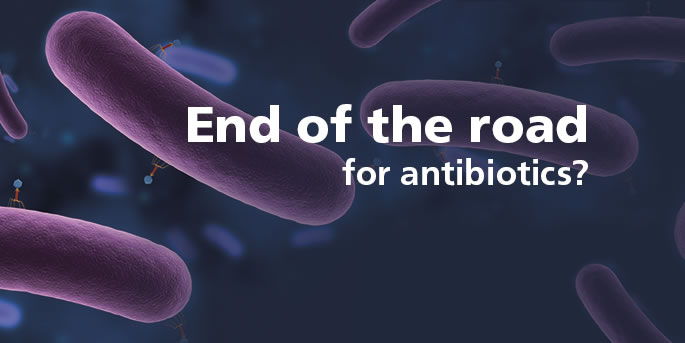 We’ve reached the end of antibiotics’ “Top CDC expert declares that ‘miracle drugs’ that have saved millions are no match against ‘superbugs’ because people have overmedicated themselves.”

“Srinivasan, who is also featured in a Frontline report called ‘Hunting the Nightmare Bacteria,’ which aired Tuesday, said that both humans and livestock have been overmedicated to such a degree that bacteria are now resistant to antibiotics.‘We’re in the post-antibiotic era,’ he said. ‘There are patients for whom we have no therapy, and we are literally in a position of having a patient in a bed who has an infection, something that five years ago even we could have treated, but now we can’t.’”

The Bible states that as the Second Coming of Jesus Christ approaches, the Day of the Lord, that there are going to be horrible diseases for which there are no cures. These diseases are referred to as “pestilences.”

I think there is a lead-in to this with the pestilences culminating immediately prior to the Second Coming. The lead-in pestilences could start at any time, so one of the reasons I stress “God’s Health System” is that your immune system and general health could protect you from pestilence. Those that live in the “Babylonian system” will be easy prey to the “super bugs.” The Book of Revelation states that 25 percent of mankind is going to die from disease and famine, etc.
Those that have a weak immune system, and health in general, will fall as easy prey to the coming pestilence. You need to make sure that your immune system is running at 100 percent efficiency, so you can resist any of the “super bugs” that you might be exposed to.
I do not see this as an option. God has provided His health system, which offers protection from what is coming. Make sure that you get in line with God’s system.

Matthew 24:7,8 For nation shall rise against nation, and kingdom against kingdom: and there shall be famines, and pestilences, and earthquakes, in divers places. All these are the beginning of sorrows.

If You Are Heavy, You Need More Vitamin D

“New research using mathematical models has shown that a heavily muscled man and an obese man who weigh exactly the same would need the same amount of vitamin D.

The key to determining how much vitamin D is appropriate for an individual appears to be body weight rather than body fat.

This was not previously widely appreciated by most experts.”

Low omega-3 could explain why some children struggle with reading  Higher levels of Omega-3 in the blood, and DHA in particular, were associated with better reading and memory, as well as with fewer behavior problems as rated by parents and teachers. I recommend getting your Omega 3 oils from free range chicken eggs.

“An Oxford University study has shown that a representative sample of UK schoolchildren aged seven to nine years had low levels of key Omega-3 fatty acids in their blood. Furthermore, the study found that children’s blood levels of the long-chain Omega-3 DHA (the form found in most abundance in the brain) ‘significantly predicted’ how well they were able to concentrate and learn.”

Fluoride Linked to Lower IQ and Neurological Impairment   Fluoride is Classified as a Neurotoxin This is why a good water filter system is so important to your health.

“In an ongoing effort to determine which chemicals may damage the developing brain, scientists from the U.S. Environmental Protection Agency (EPA) recently conducted an extensive literature review of over 400 chemicals, including fluoride. 24 studies have now reported an association between fluoride exposure and reduced IQ in children.  Three studies have reported damage to the brain of aborted fetuses in high fluoride areas, and over 100 laboratory studies have reported damage to the brain and/or cognitive function among fluoride.”

“Unfortunately, many fail to connect the dots between their symptoms and their use of Splenda, or other artificial sweeteners. I recommend reading through the first-hand accounts of my readers, at least one of whom say that Splenda is “worse than chemical warfare” based on the adverse effects she suffered before she figured out the cause. Just as with aspartame, many Splenda users complain of general malaise or “feeling under the weather,” along with a variety of neurological changes, such as foggy-headedness, lack of concentration, and “bad mood.”

Specific sugar molecule causes growth of cancer cells This another great reason to stay away from white sugar.

Listening to Music Prompts Numerous Brain Changes   Music relieves anxiety better than drugs and benefits premature babies. This is why you should listen to Godly music like the old hymns and not the modern rock which are more like the “hammers of hell.”

“We spend a lot of time listening to music — often in groups, and often in conjunction with synchronized movement and dance … Here, we’ve shown for the first time that despite our individual differences in musical experiences and preferences, classical music elicits a highly consistent pattern of activity across individuals in several brain structures including those involved in movement planning, memory and attention.”

Red grapes, blueberries may enhance immune function This is because they are loaded with resveratrol.

“In an analysis of 446 compounds for their the ability to boost the innate immune system in humans, researchers in the Linus Pauling Institute at Oregon State University discovered just two that stood out from the crowd — the resveratrol found in red grapes and a compound called pterostilbene from blueberries.

Both of these compounds, which are called stilbenoids, worked in synergy with vitamin D and had a significant impact in raising the expression of the human cathelicidin antimicrobial peptide, or CAMP gene, that is involved in immune function.”

A Ketogenic Diet May Be the Key to Cancer Recovery This diet starves cancer cells.

“Many cancer patients have reportedly overcome the disease by adopting a ketogenic diet, which calls for eliminating carbohydrates, replacing them with healthy fats and protein.  Dr. D’Agostino explains how the ketogenic diet can have such a dramatic (and rapid) effect on cancer. All of your body’s cells are fueled by glucose. This includes cancer cells. However, cancer cells have one built-in fatal flaw – they do not have the metabolic flexibility of your regular cells and cannot adapt to use ketone bodies for fuel as all your other cells can.  So, when you alter your diet and become what’s known as “fat-adapted,” your body starts using fat for fuel rather than carbs. When you switch out the carbs for healthy fats, you starve the cancer out, as you’re no longer supplying the necessary fuel – glucose – for their growth. As D’Agostino explains:”

Diet is associated with risk of depression Those following a healthy diet are less at risk, while junk food, sugar and processed meats may increase depressive symptoms.

“A healthy diet characterized by vegetables, fruits, berries, whole-grains, poultry, fish and low-fat cheese was associated with a lower prevalence of depressive symptoms and a lower risk of depression during the follow-up period.

Revelation 21:4 And God shall wipe away all tears from their eyes; and there shall be no more death, neither sorrow, nor crying, neither shall there be any more pain: for the former things are passed away